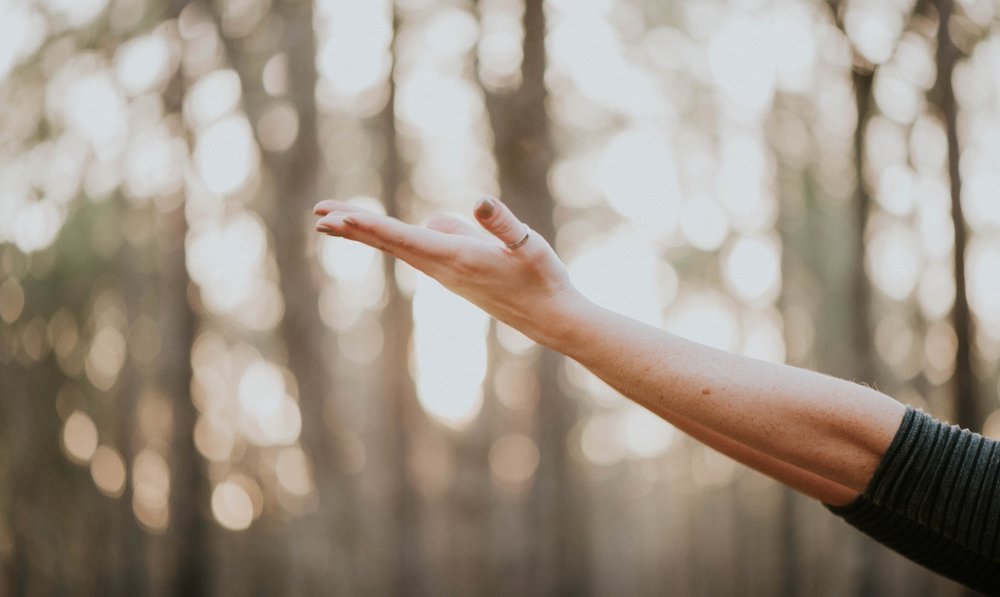 Hey Siri, Remind me To Surrender

I love the new IPhone campaign starring ‘The Rock’ (who doesn’t love Dwayne Johnson?)! He’s sitting on set, talking into his phone saying

The next shot is Siri’s reminder chiming onto his phone screen, just after he’s kicked the door off his trailer – rather than simply opening it to get out. “Already on it,” he calmly replies as the camera zooms in and pauses for maximum impact.

I laugh every time I see it and often (only half) jokingly say to my daughter Mali “Are we going to dominate relentlessly today or what?” I must admit I would like her to ‘dominate’ a little more – just in terms of actually speaking in class….she’s very meek and often whispers. So I don’t think that’s technically classified as ‘dominating’….it’s just speaking. But I digress.

While ‘relentlessly dominating’ is somewhat appealing to my Pitta nature (read about Ayurvedic Doshas here) and is an action deemed desirable by our culture at large, there are many of us soul sisters trying a different M.O.

Although in all honesty when a reminder in my phone goes off I generally swipe it clear and forget it immediately – sorry Siri, no offence.

Surrendering the Outcome of Your Action

While I love the part of relentless that is synonymous with persistent, unstoppable and determined. It is the other part – the unrelenting, ruthless and punishing part that quakes my nervous system. And I’ve never been one to dominate anything much – although I do love winning Scrabble, does that count?

The opposite of dominating, to me, is surrender. Aspiring but without attachment to the outcome.

Knowing that whether we achieve our goal or not we are fundamentally enough as we are – no domination or relentlessness required.

Surrender is not weak – it takes great strength, courage and trust.

At the heart of attachment (called raga in yogic philosophy) is craving which the Buddha taught leads to many kinds of suffering. In the long run dominating relentlessly is counterproductive.

Dr Rick Hanson in his book Just One Thing: Developing a buddha brain one simple practice at a time says:

‘Aspiration is about liking while attachment is about wanting and these involve separate systems in your brain.’

He suggests that we learn to recognise the differences between liking and wanting in our body, emotions, attitudes and thoughts. To me ‘liking’ feels open, expansive and energy-giving. ‘Wanting’ feels tight, contracted and draining. Not something that will sustain my action in the world long-term.

The trick is staying with liking rather than wanting.

Notice when you are slipping into wanting.

Come back to the ways in which your life is enough whether you achieve what you’d like to or not.

Cultivate peace amidst your action.

Is there a goal you’ve been working towards where your action has slipped into the “relentless” or “wanting” category? Could you pause? Breathe. Notice the feeling in your body. Focus on the good in your life as it is right now. And maybe have a little rest. Ohhhhhhh.

Hey Siri…..remind ME to REST!

Do you have any strategies you use to move from that contracted place of attachment back to surrender? I’d love you to comment in the space below!

This website uses cookies to improve your experience while you navigate through the website. Out of these, the cookies that are categorized as necessary are stored on your browser as they are essential for the working of basic functionalities of the website. We also use third-party cookies that help us analyze and understand how you use this website. These cookies will be stored in your browser only with your consent. You also have the option to opt-out of these cookies. But opting out of some of these cookies may affect your browsing experience.
Necessary Always Enabled
Necessary cookies are absolutely essential for the website to function properly. This category only includes cookies that ensures basic functionalities and security features of the website. These cookies do not store any personal information.
Non-necessary
Any cookies that may not be particularly necessary for the website to function and is used specifically to collect user personal data via analytics, ads, other embedded contents are termed as non-necessary cookies. It is mandatory to procure user consent prior to running these cookies on your website.
SAVE & ACCEPT